Don’t be fooled into thinking that “Extracurricular” is your typical high school romantic drama. It’s not. It takes teen drama to the extreme with its dark theme of bullying and prostitution.

Kim Dong-hee plays Ji-soo, a top student whose dream is to get into any college that accepts him.  He is quiet, often stays in the background and prefers to stay out of other people’s business.  He was doing fine until the rich and perfect high school girl took notice of him and his activities.

The actor has been very wise in choosing the dramas he takes part in as “Sky Castle” and “Itaewon Class” are one of the mostly highly successful dramas recently.

Park Ju-hyun, 25, plays Gyu-ri, the rich girl who has the school at her fingertips. She blackmails Ji-soo into letting her into his illegal business. Park discusses the series to Super K through an e-mail interview.

“‘Extracurricular’ is a story about choice and responsibility. You make many choices in life, and some of them may turn out to be mistakes. You cannot always make the right choice,” she said.

The actress said that if the main characters were adults in their “right minds,” they should be taking full responsibility for their choices and actions.  However, she implores the audience to be a little more understanding of the characters in the story.

“This is a story about immature teens who cannot take full responsibility for their actions, yet. In that sense, I hope this show provides an opportunity for us to think about what we, adults, can do for them, and how we should lead them to  a certain direction,” she said.

Ji-soo and Gyu-ri are high school sophomores.   They are not yet fully grown up, but they might think they are. This is how Dong-hee views Ji-soo.  He said that his character probably felt that he is no longer a child.

At such a young age, he has to support himself through high school and deal with his father.

Netflix and Studio 329 placed their bets on a rookie scriptwriter Jin Han-sae with “Extracurricular.”  The gamble pays off with a well-thought plot under the direction of Kim Jin-min.

The director is behind dramas such as “The Liar and His Lover” and “Lawless Lawyer.” He talked about how it was working with young actors.

“ I got very curious about how they will steer (the characters) through by themselves. In the end, they have to be the ones who put things together and deliver even when I give them explanations,” he said.  “I could see that they came in prepared and thought things through before coming on set. And they were surprisingly flexible, too.”

Director Kim said that he knew exactly who would fit in what role the moment they walked in. Heshared how he chose the actors landed their role.

“In the case of Dong-hee and Da-bin, I almost immediately knew that they would land the roles the moment I saw them. We held auditions and they continued to do their best in the process,” he said.

The director said that the case was slightly different when it came to Park because it was difficult to find an actress who could play Gyu-ri.  The director wanted an earnest approach to the character.

Joining the cast is Jung Da-bin, 20, who plays Min-hee, the popular mean girl who leads a dual life. Ji-soo is the  unlikely puppet master of the events that play out in this series and Min-hee is his unlikeliest puppet.

Jung describes Min-hee as someone who wants attention from her friends, that’s why she works to earn money.  The actress says her character pays the ultimate price for the criminal activities that she did with Ji-soo.

“I decided to take on the role because I thought this is the kind of story that needs to be told.  The fact that I am part of telling this story made me feel a sense of responsibility and joy. I hope this story will lead people to be more interested in social issues and the darker side of adolescence,” she said.

Her character is someone who bribes people she likes with shiny things to make them stay with her. To afford her to do so, she gets into the world of compensated dating.

Super K  asked Jung what she would do if she had a friend who was like Min-hee. We also asked her if she thinks Min-hee’s cool boyfriend Kitae, played by Nam Yoon-su,  actually likes her for who she is.

“If I had a friend like her, I would just want to be there for her. When you think about Minhee in the series, she always needs someone, but no one is around. So I just want to be next to her without saying much,” she said. “As for her relationship with Kitae, I think they do like each other; they just express their feelings in a slightly different way from others.”

Questions about love had to be asked because Min-hee’s motivation is that. Her boyfriend Ki-tae is the merciless high school bully.  He likes to control people by terrorizing them into following his orders. Min-hee does not approve of hurting other people but she keeps quiet because she wants to stand by her man.

“I personally think that you have a hard time defining your feelings as love in your teens, but Kitae does seem to believe that he truly loves Min-hee. I think he got angry with himself for the way he acted toward Minhee, the one he loves, and went on to make the trouble bigger,” he said.  “He might have hurt his pride because the revenge was targeted not at him but at what he was bullying.”

The 22-year-old actor’s approach to Ki-tae is to portray him as a bad-ass.  He said that Ki-tae is not an average high school student. His character is at the top of the food chain and a true cool (but super mean) guy.

“The challenging part was to make Kitae look realistic, because he is not an average high school student. I watched several relevant movies. I also got a driver’s license and a motorcycle license because  Ki-tae would naturally have them as a badass,” he said.

Watch the cast of invite Filipino fans to watch the show here:

All 10 episodes of “Extracurricular” are streaming on Netflix. 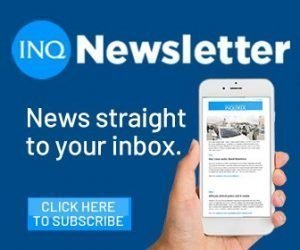